Family courts are renowned for the ‘child’s best interest’ or what’s ‘in the best interest of a child’. These principles guide many modern child custody proceedings. Even though child custody laws are sometimes complicated, your family lawyer needs to be someone who knows the law and has experience in such matters. 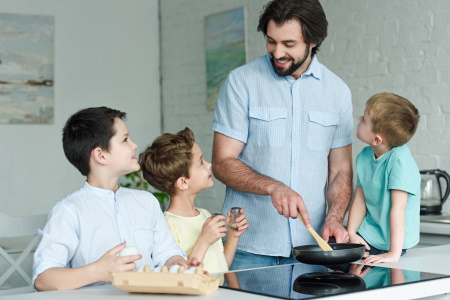 When parents who are divorcing aren’t able to agree on a specific parenting plan, they instead wind up in a Colorado courtroom to get a decision about parenting arrangements. In such situations, judges usually based their decisions on what they deem to be the best interests of any children that are involved.

The child custody laws of Colorado recognize that’s it’s typically in the best interests of a child to get frequent contact with each parent in a situation where both parents are participants in the child-rearing.

Courts Want To Encourage Contact Between Parents And Minor Children

The legislature of Colorado has decided that while co-parenting isn’t appropriate in every situation after legal separation or the dissolution of marriage, it’s usually in the best interests of all involved parties to encourage ongoing and frequent contact between all parents and minor children from the marriage after parents are separated or decided to dissolve their marriage.

A court will also look to particular factors in making choices about child custody in the state of Colorado. These include but are not limited to the following:

There are many kinds of child custody arrangements. They include:

The primary doctrine courts use in crafting child custody agreements relies on what they consider to be in the ‘best interests’ of the child as we’ve stated several times. If a court ascertains that it’s better for the child to only have one parent with sole physical and legal custody, then they’ll grant such powers to just one parent alone.

Child Custody Can Be Emotionally Draining

Determining child custody can prove to be an emotional process, not just for children, but for each parent.

Even with the emotional upheaval that comes for all involved parties, family law jurisprudence happens in ways such that standards and protocols are used so courts make uniform decisions that eliminate uncertainty and doubts about outcomes.

If tough decisions need to be made concerning child custody, you need聽 experienced and knowledgeable family law attorney Mary Daugherty. Mary has the experience and the empathy needed to see you through your child custody process.

I was very fortunate to have Mary as my attorney. Court is a hard enough place to be. Not only did Mary give me a 100% she also listened to me and that was important. Had a great out come. Thank you!