“Dissolution of Marriage” is how the State of Colorado defines divorce.

Colorado is a "no fault divorce" state, which means that the court assigns no fault to either party.  The only concern of Colorado is whether or not the marriage was "irretrievably broken", meaning that the two parties simply did not get along.

Other Factors In No Fault Divorce 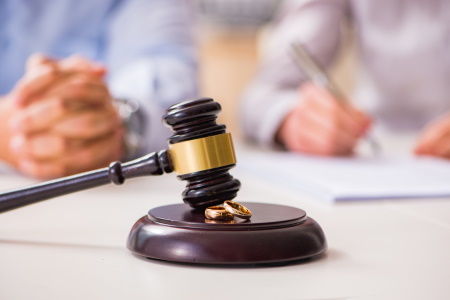 In cases such as these, abuse or adultery are not considered for the divorce purposes, but they can be taking into account when it comes to child custody if they have a negative effect on the children.

The breakdown of a marriage, according to the State of Colorado is considered "irretrievably broken." Colorado was at one time a fault-based divorce state and parties were required to allege "grounds for divorce," including abandonment, cruelty, mental illness, and many others.

No Party Considered “At Fault”

The State no longer requires a spouse to take responsibility for the marriage failing as no one is considered to be at "fault". Instead, the marriage cannot be repaired due to the relationship breaking down.

This means the courts do not need to "reward" or "punish" either party.

States like Colorado, which are no-fault states, all divorce courts want to know is whether or not a marriage is irretrievably broken. This basically means that the relationship is beyond repair and it only takes one party to believe this to be true.

To establish this, either party must assert this to the court, under oath.

The following rules apply for to receive a Colorado divorce: